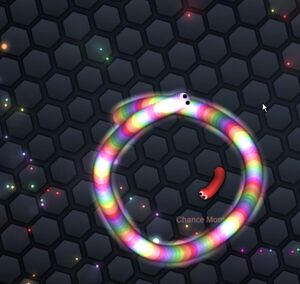 Eating pellets from recently slain snakes without actively trying to kill them. This tactic works best at the center of the map, where there are almost always some leftover pellets. Vulturing in crowded areas will usually lead to death.